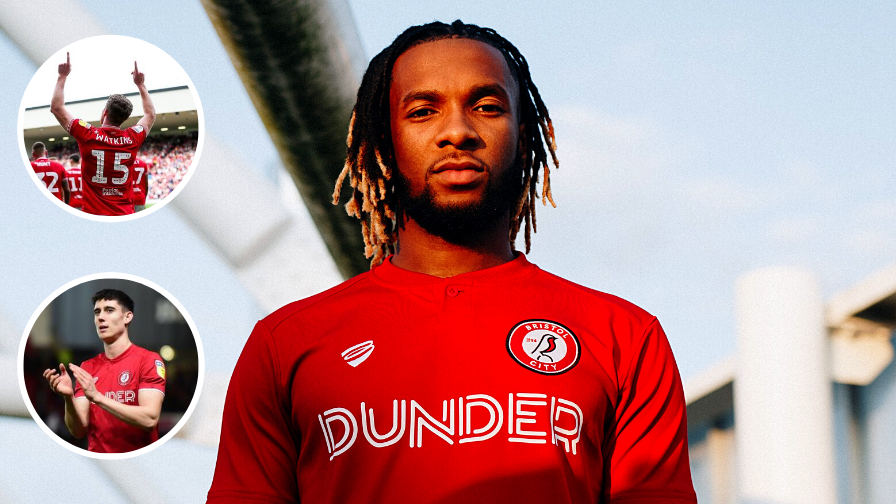 As the 2019/20 season has finally come to a close, it feels like a lot of changes will be happening next season following the departure of Lee Johnson in early July.

Who takes charge next is the biggest unknown – which players will remain under the new leadership is potentially an even trickier decision.

Here are five players who should or shouldn’t be here next season – in no particular order:

When O’Dowda joined the club from Oxford in 2016, he looked like a really good prospect – with the help of Lee Johnson and his coaching team, there was the belief that they could develop him into a Premier League player. He formed a good relationship with Josh Brownhill who also joined the club roughly at the same time, and at a similar age.

The first couple of seasons neither of them featured that regularly, their youthful exuberance fleshing out the squad and providing energy off the bench.

Brownhill then went on to have a breakthrough season in 2017/18 season and eventually captaining City before moving on to the Premier League with Burnley in January. O’Dowda hasn’t had this same impact in a single season and still moves in and out of the side four years on.

It's just Owen and Coxy this week reminiscing on Fulham one year ago, wondering where it went wrong against QPR and giving you a live update from the Etihad…

The delay in him signing a new deal was well documented and this will naturally create some doubts over his future with Bristol City. This makes this next appointment a crucial time for the 25-year-old, because if Mick McCarthy gets the job he could get the best out of O’Dowda after linking up well during the International duties with Ireland, where he plays in a midfield three.

If we get a manager who likes to play high tempo attacking football, I personally can’t see O’Dowda playing for Bristol City again as this won’t suit his personal style of play. Looking at the manager odds, Mick McCarthy isn’t on the shortlist so for me so it may be time for O’Dowda to take the next step in his career.

Hunt joined from fellow Championship club Sheffield Wednesday at the start of the 2018/19 season and at the time Hunt was a good signing after Eros Pisano’s injuries and Bailey Wrights inconsistencies.

Hunt is still a good player on his day and adds a real threat going forward with his crossing ability – however, he is quite system dependent. Potentially, Hunt suffers from a similar problem to Wright, especially in the 2019/20 season, Hunt has become extremely inconsistent.

We had Pedro Pereira on loan as Hunt’s competitor and in my opinion, Pereira was by far the better defender. While I can’t see the club selling Jack Hunt as it could be difficult to find two right backs at once, I would want Hunt to be the second choice ideally.

As for a first choice, the name that comes to mind is Ben Johnson from West Ham on loan. The 20-year-old featured in the Hammers final three games of the season and seems like a really promising young player.

What I’ve been most impressed with is his pace to track back, and defensive ability, West Ham would likely allow him to go out on loan as they have good full backs in Ryan Fredericks, Aaron Cresswell and Arthur Masuaku.

However, the big difference in the two players is how clinical they are. Reid was a lot more clinical than Weimann and I think the Austrian could have definitely scored a few more when he has played as a striker.

Johnson played him on the wing from January onwards after signing on-form Nahki Wells – limiting Weimann’s creative ability through the middle.

Under Dean Holden, Weimann featured as the attacking role in a midfield three with Korey Smith and Jamie Paterson, where he then got four assists in two games. As like all players, the new manager will need to decide where he gets played but Weimann has made a good case for the new boss to play him centrally.

If the new manager plays Weimann on the wing for another season then I think he could get frustrated and move on, but for now I think he will stay as he has proved he is good enough when played on the right.

It’s fair to say that the £1m transfer fee does hang over Watkins head – especially in fans eyes. While injuries have ruled him out for the majority of his time here – even when Watkins was fit, there just wasn’t enough room on the bench which speaks volumes.

Recently after Lee Johnson’s dismissal, Taylor Moore called out Johnson for treating Watkins and other players so unfairly. While I agree with Moore to an extent, realistically Watkins just isn’t good enough for a team like Bristol City.

We are a team that expected to be in the playoffs this year, and whoever takes the reigns next season will want to be challenging for the automatic places. Unfortunately for Watkins, he may be the first on the chopping block for the new manager who will want to leave their mark on the squad.

This season Palmer linked up well with loanee Benik Afobe, feeding him through balls and creating chances together. Me as well as most City fans can agree that we all thought this partnership could be the final piece of the puzzle to finally get us that playoff place.

Afobe then suffered an ACL injury which effectively ended Palmer’s season as he managed just 135 minutes in the second half of the Championship season.

In January, Palmer was linked with Swansea and I’m surprised he didn’t go considering the players they were signing, like Conor Gallagher.

A new manager could do Palmer the world of good and hopefully play him where he is favoured. When Johnson played Palmer, he featured too deep in the midfield for me as he needs to be much higher up the pitch – his best position is a number 10 just behind the striker/strikers.

His future still hangs in the balance. Part of me thinks he’ll stay for the new manager and he’ll be patient, sadly I think with interest coming from elsewhere he could easily move onto the next challenge – especially since Afobe will not return.

If City get a promotion specialist in Hughton as their manager, we will be playing good football and will look to challenge for promotion which is where Johnson began to fail recently.

Hughton could sign some good players who he may have worked with at Brighton like Solly March and Glenn Murray as it was recently announced they will not be getting a new contract.

The future for Bristol City looks really promising and hopefully with the right manager, the Premier League won’t be too far away.