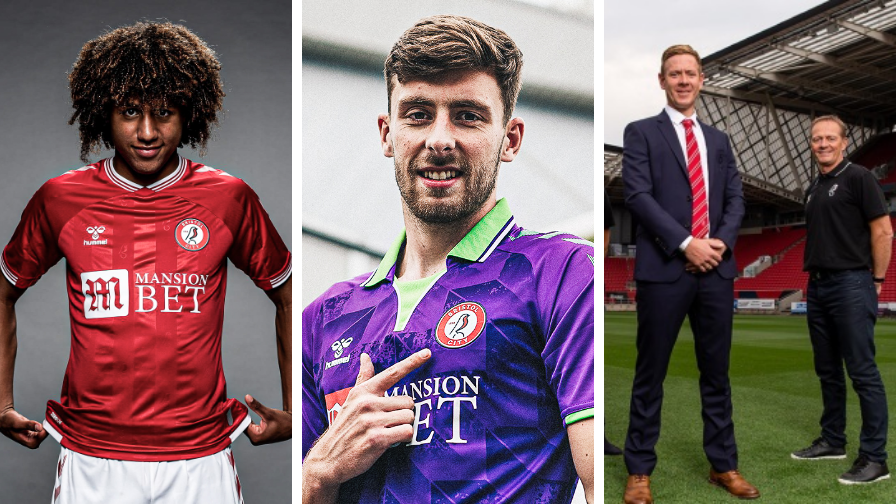 The most obvious change compared to recent years at Ashton Gate is that there will be a new man in charge of the team.

Dean Holden was announced as manager on August 10th with his new assistant coaches Keith Downing and Paul Simpson. Holden and his coaches will perhaps bring a more youthful, fast-flowing, attacking style of play to the side.

Downing, who came from the England youth setup, had his first role in coaching at Cheltenham Town before taking the England U19 job in 2016. He won the European Championships a year later with a squad that included his captain and current City fullback Jay Dasilva.

Simpson also left his job as England U20 coach to join Holden ahead of the new season. He too collected silverware with England, winning the 2017 U20 World Cup in South Korea.

Holden got the nod ahead of several established second tier managers.

In my opinion, this could be a blessing in disguise for the new coaching staff; a poor start to the season in front of 20,000 fans could create a toxic atmosphere at the Gate early on.

As we saw towards the end of last season, if City are one down there aren’t any fans to give them that extra push to perhaps get that equaliser or winning goal. This has been showcased on many occasions, such as QPR at home in 2018/19, or even last season’s 96th minute Josh Brownhill winner against Charlton.

The lack of that support around BS3 could either be a positive or a negative factor depending on how you look at it. It’s still up for debate.

A new era in midfield?

After Korey Smith’s departure, could this season prove to be a fresh start for the midfielders at the club?

The signing of Joe Williams, as well as current midfielders at the club including Han-Noah Massengo, Adam Nagy, Jamie Paterson, Kasey Palmer and return of Liam Walsh, Joe Morrell and Tyreeq Bakinson could mean a new exciting midfield for City.

Who you play in midfield is up for debate – certain players with Championship experience could be the most likely to start, but after successful loan spells at their clubs, Walsh and Morrell could be in with a shout.

Will Liam Walsh get adequate gametime this season?

Due to the pandemic, City, like other clubs, may not be keen to splash the cash.

City may just look to strengthen where they need it most, instead of buying cover and spending money where they just don’t need to. Players like Antoine Semenyo, Hakeeb Adelakun and Sammie Szmodics may need to move on loan to receive the minutes they need.

Whatever happens this season, I feel it could be a step forward for the club if all goes well and the new men are given the full backing and support that they will need.

For all we know, Dean Holden could be the man to take us up to the Premier League. We will see over the next nine months or so.